Personalization is becoming more and more important for today’s consumers and for the large retailers that serve them. But it poses a number of challenges in ecommerce:

At Constructor, we make sure that the products that people see on retailer websites like Bonobos, Backcountry, and Sephora are not only relevant, but attractive and personalized to them. And one way we do that, especially early on in the relationship, is by using ecommerce website localization: leveraging local data about our users to better personalize the products that they see.

And the exciting part? Website localization is possible as part of a composable commerce infrastructure. This means that companies can leverage it within their own system architecture in a way that works for them—without a lot of technical debt or manual workarounds.

But let’s start with ecommerce localization itself.

Why use localization early?

Website localization is best used early on in the customer relationship because that’s where it’s most valuable. As you progress in a relationship with a customer, the more you learn about that person as an individual, knowing where they’re from matters less.

Why? Because you know what their specific tastes are.

Individual data about a user is significantly more important. But early in the relationship, before I know anything about those individual visitors to my site, an assumption based on regional preferences is probably a good place to start.

Website localization gives you a starting advantage over having no personalization at all.

And in some other situations, like not recommending a blanket made for a winter in Alaska to a shopper in Florida, it’s more likely to have a significant effect.

Exactly what assumptions can we make about a person based on what we know about them ahead of time? When it comes to what local data you can use, the sky’s the limit. There’s likely a lot of first-party data around transactions you’re already collecting on your own site, like billing address and purchased items.

But having location data opens you up to a ton of other information as well:

Let’s break these localization elements down by using ice cream as an example. People in different locations buy different amounts of ice cream throughout the year. In Spain, where it’s hot in June, July, and August, people buy close to 15 times the amount of ice cream in July than they do in January. 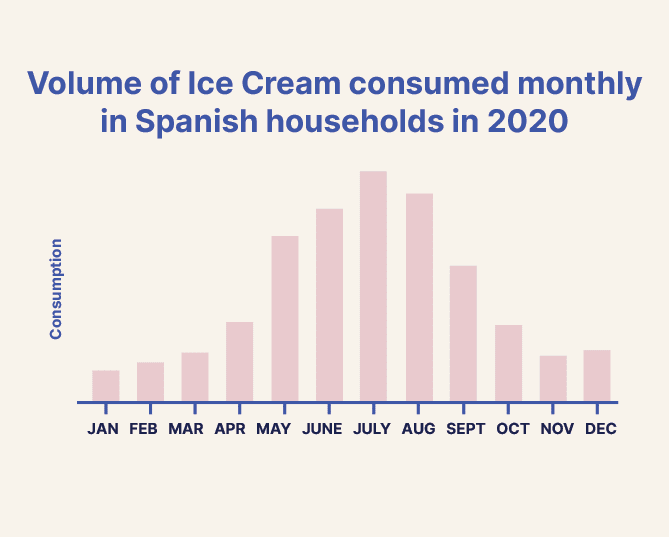 But in Australia, when it’s warm during December, January, and February, those are the greatest months of ice cream consumption—and July is among the least. 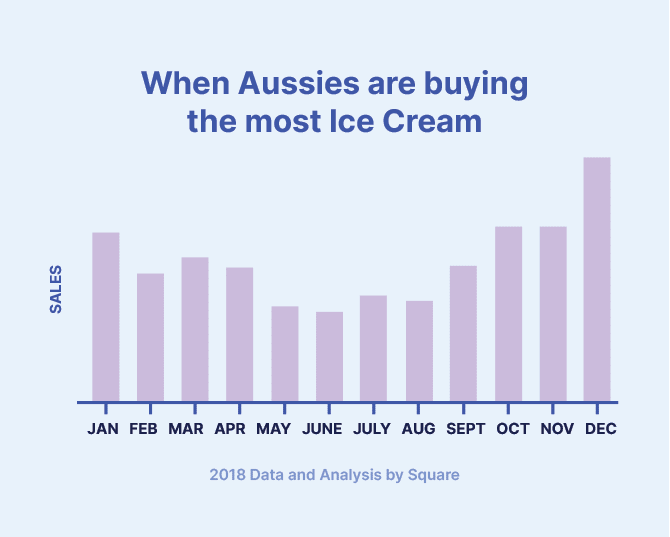 Eating ice cream in hot weather makes sense. But the next step is to start factoring this into what you’d want to surface to users and localizing based on the time of year. If a user is searching for desserts, what do you want to show them?

Without website localization, ice cream or cake are always a good choice and what a user might expect to see if they search for “dessert.” But taking the user’s locale into account, you’re likely factoring in temperature and time of year—which means showing an Australian user in January considerably more ice cream and a Spanish user considerably less.

This is something you can know about the user before you’ve even met them, and it’s likely to provide them with a more personalized shopping experience—and increase the chances of conversion on that user’s search.

Temperature and time of year are two simple facets to examine, but taking into account regional differences can go even a little deeper. For example, some data from Instacart reveals that Moose Tracks ice cream (vanilla ice cream with a caramel swirl and fudge chunks, for the uninitiated) is the most popular flavor in some Midwestern American states like Michigan. But going back to Australia, the most popular flavor is licorice. 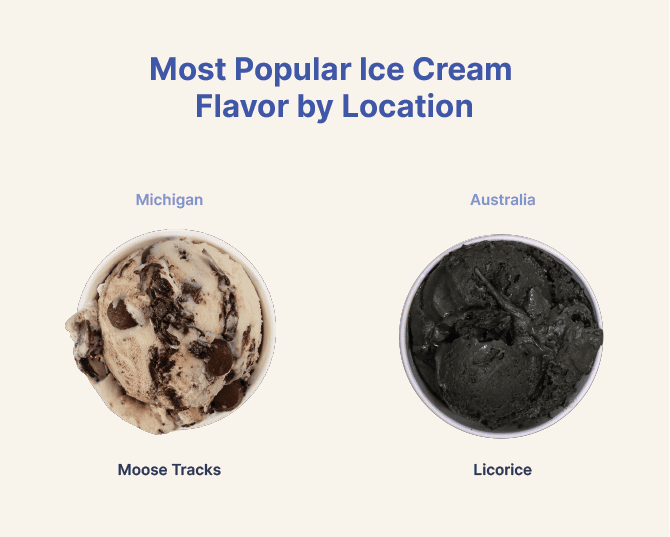 Knowing where somebody is from on this regional basis helps retailers personalize to them even more. Ice cream is likely a popular dessert for someone living in a warm climate at this time of year, but we also have a pretty good idea of which flavors to present to them. And so as we become more localized in our ecommerce customer experiences, we’re getting better at personalizing and improving those experiences for individual users so that the products they’re looking for are easier to find.

How to leverage local data at scale

The good news is that every retailer has some local data about purchasing behaviors and preferences that they can tap into as they begin ecommerce website localization. And doing that is important because while the ice cream example is obvious in hindsight, many other insights into local preferences and affinities are not.

Expanded across multiple facets and millions of products, the data that’s available here is massive—and the prospect of finding useful, actionable insights is akin to finding needles in haystacks.

It’s here where AI and machine learning solutions are so critical, and where applying them as part of a composable commerce infrastructure can significantly improve your buyer experience.

Not even the world’s largest merchandising team could surface all of the possible localizations because they’re not all entirely obvious. An AI platform like Constructor can crunch way more data than a human at a much faster rate. It’s essential to the step of finding that important localization data in the first place (discovering, for example, that earrings are more popular than bracelets in New York). From there, the automated system can personalize product discovery for users and offer them a better experience.

Automating this work transforms a merchandiser’s job. Great merchandising teams know their shoppers better than anyone else; they can go deeper and tap into their expertise now that machine learning has handled all of the broader work. Merchandising works best when it’s a team sport, and AI enables that possibility.

But it’s also important that the complex work of ecommerce localization doesn’t result in a headache for your tech team or require a lot of manual workarounds to make it effective. Composable commerce is ideal for this work as it allows companies to leverage deep, robust functionality without relying on a monolithic, one-size-fits-all architecture.

If ecommerce website localization and product discovery matters to you, you can add that functionality to your existing software. And the same applies for content management or checkout solutions or martech platforms. It’s now possible to compose the platform that’s custom-fit to serve your customers and your business—and to do it with minimal technical lift.

We at Constructor believe that, like all good personalization, good localization should keep the customer at top of mind.

This is a time of new privacy laws coming into play for retailers. Those laws don’t intend to prevent companies like Netflix and Spotify from helping their customers with better personalization and a better experience. Instead, those laws are meant to curb companies that abuse customers’ privacy to show ads and be invasive, creating experiences that are not beneficial or pleasant for people. No user wants that.

Ultimately, it’s incredibly important to use customer data responsibly and to use it for the customer’s benefit rather than just to make an extra buck. There is power in being able to say to a customer, “I get what you mean. I have what you want.” At Constructor, we believe it’s critical to provide a localized experience that makes users happier that they came to your site, because this is how brand loyalty and trust are built.

Need help making your products more discoverable to your audience and optimizing your ecommerce experience? Constructor’s AI-backed product search and discovery platform can help you personalize your customer experience and optimize the business KPIs that matter most. Request a demo today.